Several studies have shown the presence of significant redundancy in network traffic content. These studies clearly establish the tremendous scope for enhancing communication performance through exploitation of the redundancies. In this research, we introduce the concept of Network Compression via Network Memory. In the nutshell, network compression enables memorization of data traffic as it flows naturally (or by design) through the network. As such, memory enabled nodes can learn the source statistics which can then be used toward reducing the cost of describing the source in compression.

We have proposed practical algorithms for network compression. We reported a memorization gain (defined as the additional redundancy elimination gain on top and over what can be achieved by the existing compression techniques) of order three when the algorithms are tested on the real Internet traffic traces. Furthermore, we investigated the deployment of memory in both random and Internetlike power-law graphs on real traffic. Our study showed significant network-wide gain of memorization even when a tiny fraction of the total number of nodes in the network is equipped with memory. 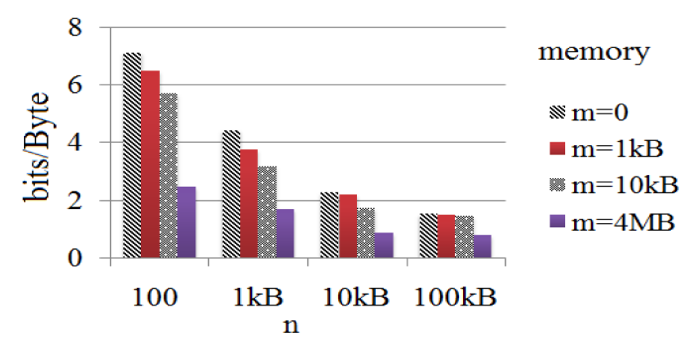 Compression of Internet data via CTW scheme: without memory m=0 and with memory (i.e. m>0) 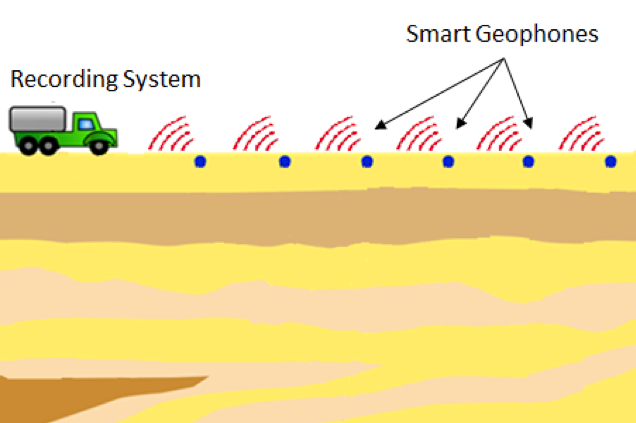 In this project, we investigate data compression techniques in the field for the transfer and storage of large scale seismic data via wireless networks. Specifically, we propose removing inter and intra trace redundancies (i.e., temporal and spatial correlations) in universal and distributed manner, without requiring any coordination among sensors. The premise of our proposed approach lies on learning from the seismic data on the go and utilizing this knowledge toward universal (near) lossless compression of the original traces. This approach is designed to address the key constraints of the network and recording system while maintaining the desirable objectives (e.g., locality of traces).

In summary, there is a need for bringing new advances in seismic acquistion systems. Our group particularly studies the following critical topics:

The sizes of neural networks have been growing rapidly as the complexity of the problems that they solve and the size of data keep increasing every year. They require more resources for the storage and computations. This problem compounds as deep neural networks become popular for solving challenging data analytic problems. Our objective is to substantially reduce the number of parameters required to represent a deep neural network without sacrificing predictive accuracy. For example, deep networks such as AlexNet has 61 million parameters, requiring 200 MB of memory. Clearly, such a memory requirement is very undesirable for many applications as it consumes a large amount of power due to off chip storage. Further, a deep network is composed of layers with very different properties. Convolutional layers, which contain a small fraction of the network parameters, yet require large computational effort. In contrast, fully connected layers contain the vast majority of the parameters and are dominated by data transfer. This imbalance between memory and computation suggests that we must address the efficiency of these two types of layers differently.

We propose to leverage on neural network redundancies and develop a method to jointly quantize and compress large neural network models so that they can be fit in much smaller memory sizes (e.g., possibly in chip memory). This can significantly improve power consumption as well as latency of the computations over large neural networks.